Interceptor latch spring 20ga and .410 ga Model 1100, 1187.  Select the gauge you want from the Radio Buttons. Repair takes a snap ring tool but you can borrow one or get a cheap one at harbor freight since you won't use it much.  It is a bugger the first time you do one so have a full vocabulary of words from your military days ready to go.  But you can do it.  Look at the Interceptor latch before you take the snap ring off.  Remember how it looks and functions.  There you can do it now.

If you are having feed issues think about replacing all three parts, the Interceptor latch, the latch sping and going to the .0275 snap ring which the extra thickness makes up ther wear in that stud on older guns.

The latch spring and latch retainers for the 20ga and .410 are the same ones for the 12ga and listed in this category

You have just fixed your feed issue for a few dollars instead of paying that gun smith $50.  Your a good man, so now spend some more money here on the store.  The flat rate shipping will then pay off if you fill the bag up. 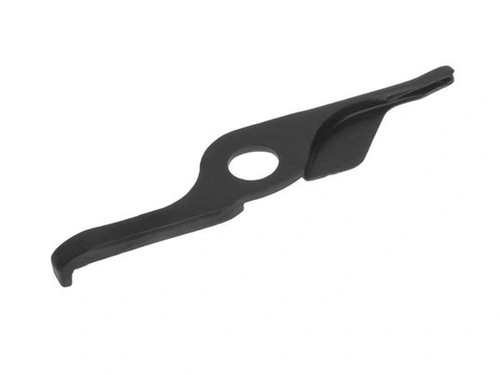